Boris’s granddaughter Ellie has a new pal. They live on an equestrian centre in the Hunter Valley. 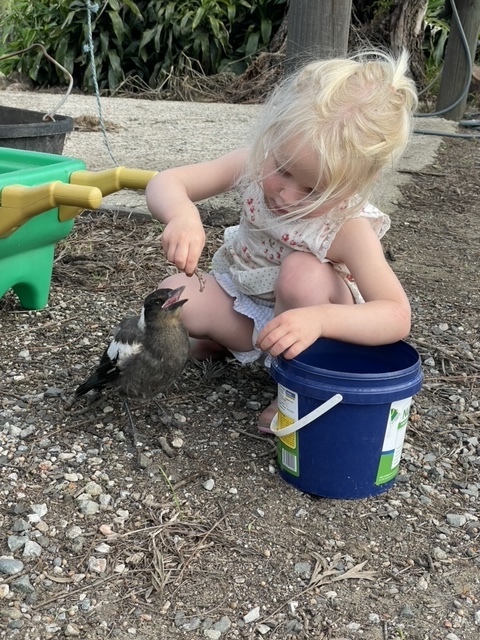 Ellie is nearly three and was pretty excited when they found a baby magpie that had mostly likely fallen from its nest. Or, as Ellie’s dad Jeremy suggested, maybe mum pushed the bird out as he/she seemed a bit of a silly runt.

Ellie insisted they look after it. Not knowing its gender they called it Frankie. 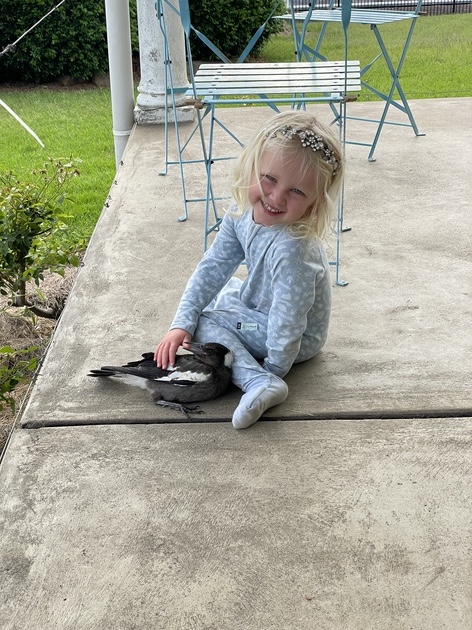 Frankie adopted Ellie immediately, never letting her out of sight. But became very sulky when Ellie set off to playschool. Frankie waits and watches for her to come home and instantly flies to her shoulder. 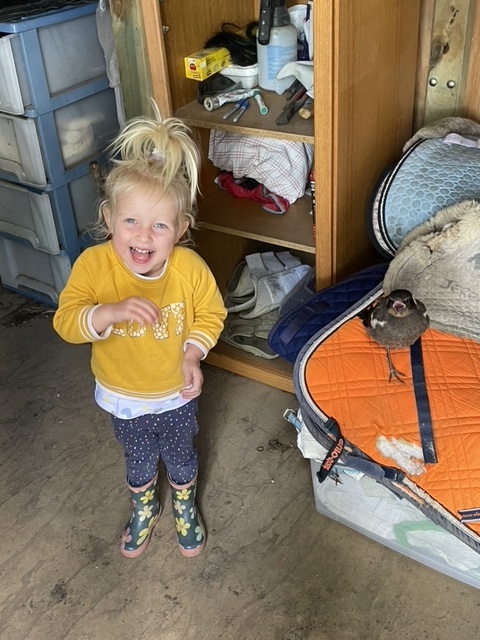 They play together on a swing and have made up games to play. Frankie also likes to hang out with Ellie in the stables. Ellie feeds him worms and meat and special tidbits. Sometimes he steals some of her toast or fruit.

If hungry through the day Frankie flies around the house to find Ellie or her Mum and pecks at the door or window to be let in.

Frankie sleeps in a box in the stables, though has had a few sleepovers in Ellie’s pretty bedroom.

Frankie is growing up and eats heaps. Three or four times a day and if Ellie isn’t around there’s a knock at the door or window for Kat, Ellie’s Mum, to hand out the food.

Frankie is taking longer flights around the property now, but always comes home to Ellie. She understands Frankie might leave home one day to set out on his/her own adventures. Just like she will one day.

In the meantime a little girl and a squawky maggie are the best of pals.