(Yes, there really is a Barrington! But in the hills not the coast.) Barrington resident, Deborah Brooks, is concerned they might lose the beloved bridge.

Barrington Bridge was opened in1920. A two-span standard Allan type timber truss road bridge crossing the Barrington River. It’s 4.6m between kerbs. At the time, the loadings for bridges were much lower than for vehicles today. 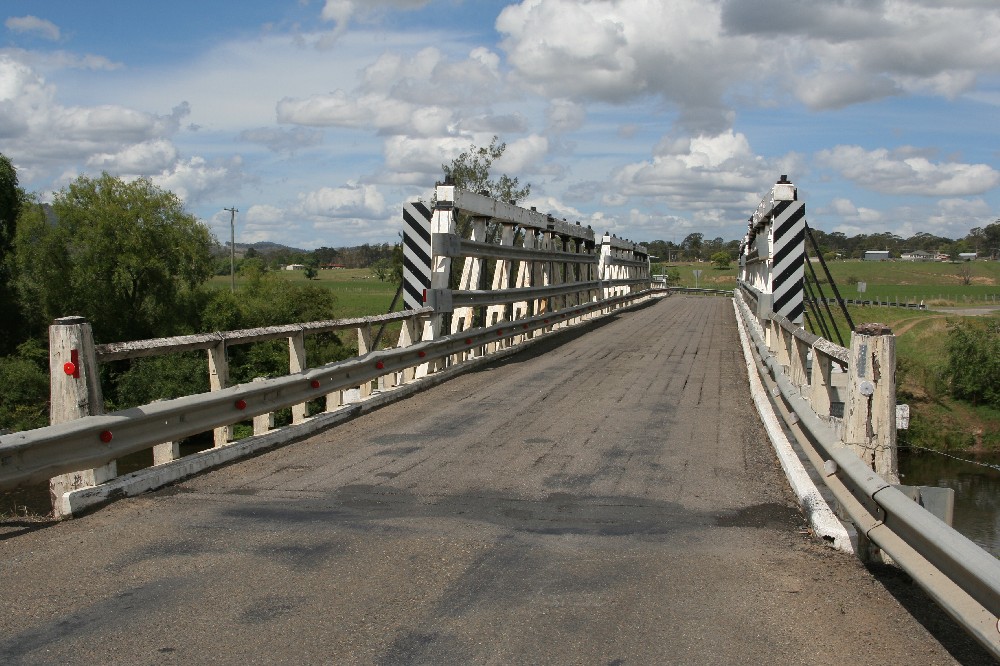 More than 400 timber truss bridges were built in the 1800s and early 1900s and were designed for horse drawn wagons or early vehicles. It replaced a McDonald truss bridge at the same location. It is one of 15 bridges in the Hunter Valley which include landmark bridges such as Morpeth, Hinton and Dunmore. The Barrington Bridge was partially upgraded in 1999.

Locals strongly believe that it is a solid, well constructed bridge and we know that the RMS decided it was not worthy to be retained in any way shape or form and they have scheduled it for demolition. We want it to be retained as a foot bridge and cycle crossing.

The Barrington Bridge has attracted some “engineer tourism” with groups of engineers coming to the area specifically to see the  bridge. Allan Truss bridges across the state attract engineers from overseas as well. Keeping the bridge provides engineer tourism opportunities, which will be lost if it is demolished.

The local Gloucester and Barrington communities have, for the last 18 years, called on Council to support their objection to the bridge being demolished. At one stage the Gloucester Shire Council engineeering staff lobbied that, in the event of demolition of the existing bridge, that the bridge span be retained and kept in a suitable location, such as Billabong Park.

With the (forced) Council merger it seems to many of us in Gloucester that our voices are being ignored by Council. The community had a good relationship with the former Gloucester Shire Council, who was interested in maintaining our local heritage. Barrington Bridge is part of that heritage. We have not heard a word of support from Council to answer our plea to keep the bridge as a pedestrian/cycle pathway.

There is a community project in Gloucester called “River to River Pathway” which is calling for a cycle path from the river in Gloucester township up and over Barrington River. Eco tourism is growing and fitness activities are a major part of that sector. If the existing Barrington Bridge was maintained it would encourage even more people to come to Gloucester and Barrington, for walking and cycling.

It would be a serious loss to tourism in the Gloucester/Barrington community if the existing heritage Barrington Bridge was totally removed. It is also an appealing and interesting photographic subject in a (usually) lush green rural setting.

Please, MidCoast Council, consider the value adding and the pleasure saving Barrington Bridge would bring to our community.