The Jaipur Literature Festival seems an unusual travel objective. For a start, why go to India anyway?

Such a noisy dirty place, holy cows wandering amongst unrelenting smoky traffic with gaping holes in the footpath. Some visitors can even get a bit of tummy trouble, including this writer. 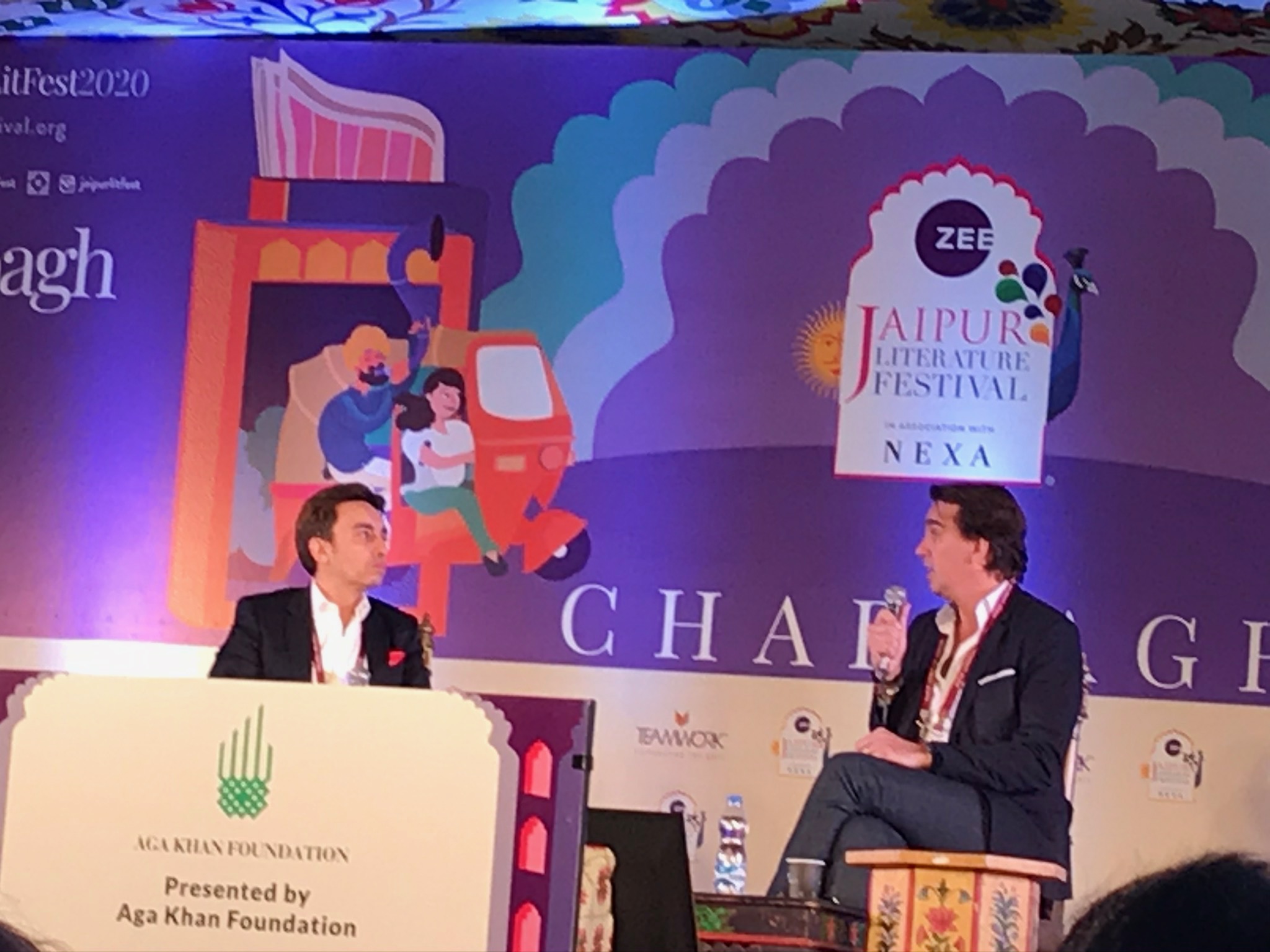 As the largest literature festival on the planet, there must be something going for it. There were thousands of people there from all countries. Why? One good reason, registration is free. What other writing festival offers this? It opens the way for hordes of young attendees, who seem to be as much involved in posing for selfies as in literary affairs.

The five days at the end of January made for an event of mind-bending proportions. Here at home, we are trapped in our unique bubbles. In Byron Bay for instance, the tradition is something like peace, love and brown rice. A festival like this gives us all an opportunity to get out and about for a feel about how the rest of the world sees global questions, like climate, inequality and politics, all entwined in the art of writing.

The festival was contained in the spacious grounds of the venerable Diggi Palace, and it was crowded, but security seemed to be efficient in dealing with such large numbers and the mood was buoyant.  In the grounds plenty of food stalls catered for the large crowd of attendees.

The programme was clear and organised with choices of great variety in subject and speakers. Similar in concept to the (no free tickets) Byron Writers’ Festival, it’s easy to move from tent to tent, to sample a cross section of ideas.

In this fashion, unexpectedly, I drifted into the end of a session about women’s rights in India and recall a snippet about kitchen workers being sacked if they were pregnant. The reason given by employers was that they could not lift heavy iron pots. ‘What sort of restaurant needs that many heavy iron pots? And why can’t another worker be allowed to help a pregnant woman?’ a questioner sardonically asked. She got loud applause. It seemed unreal to me but judging by the crowd sentiment, the situation exists.

There were some great writers speaking on their books. It’s grounding for struggling writers to see really famous ones in person. They seem so human.

William Dalrymple, one of the founders of the Jaipur festival, talked to a large packed tent. His accent is surprisingly British for one who has spent most of his life in India. He has been publishing for many years and his books give great insights into this mysterious land. His latest one, ‘The Anarchy’, is an exploration about the looting of India by the British East India Company. It was one of the first public companies ever and started around 400 years ago, around the time of Shakespeare. According to him, ‘loot’ is originally a Hindi word and loot is what they proceeded to do, draining the rich Indian economy of its wealth. He suggested that this company is the model for today’s global corporations. An Indian questioner at closing suggested that Brexit is British karma, just desserts for this time of looting. Murmurs of assent. 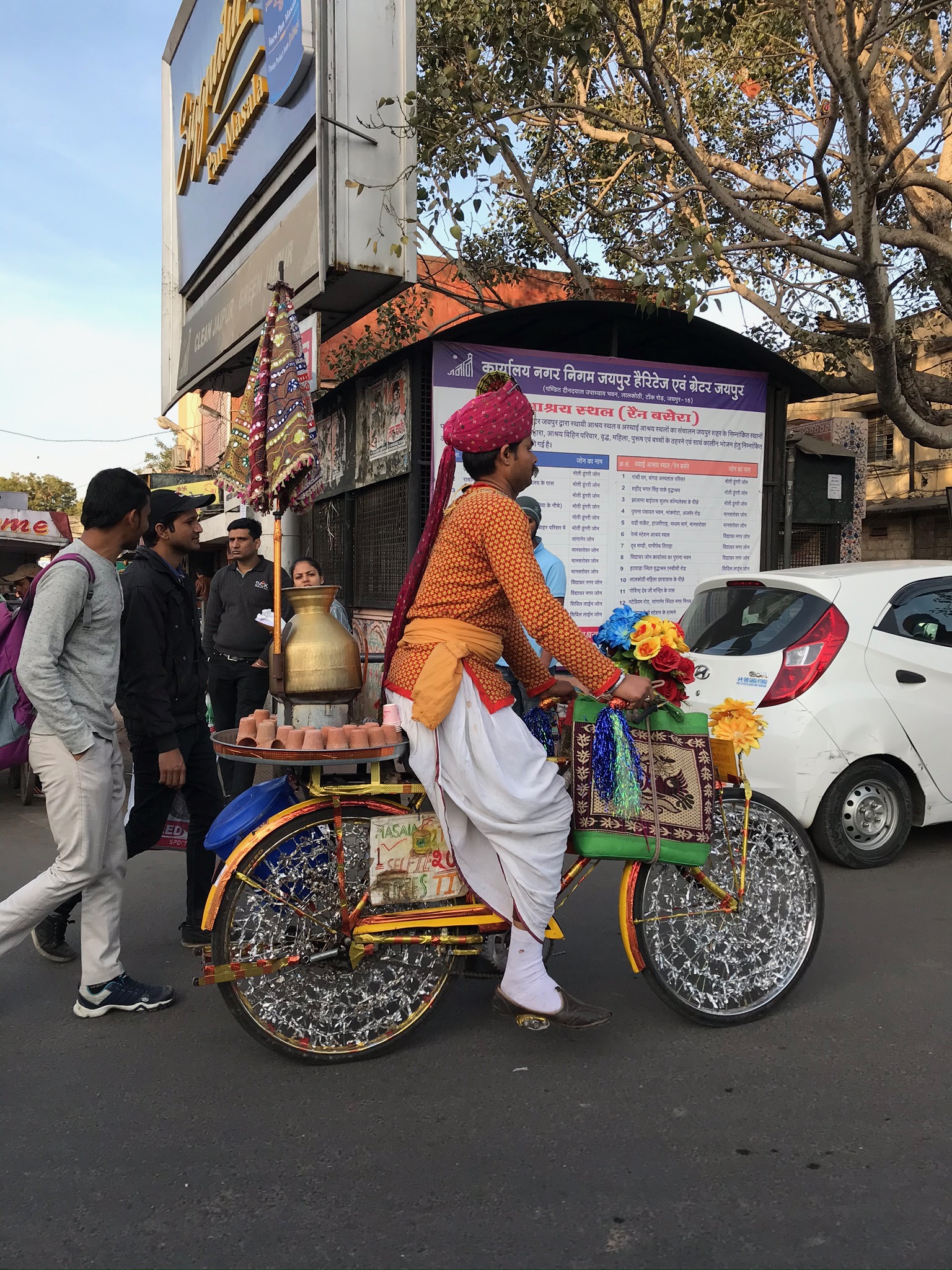 India is a hub of energy, increasing in prosperity but it’s still India. Outside the protective walls of the Diggi, cows wander among the buzzy honking traffic. One writer referred to India as a place of ‘spiritual materialism’ and there is a palpable feeling that spirituality permeates the fabric of everyday life.

Air pollution in the streets from the numerous busy smoky tuk-tuks can be irritating to the naso-pharyngeal zones of those of us who take clean air for granted, although at the time of the festival we were reading about the bushfires and smoke raging in Australia. Indians expressed great sympathy, in particular over the massive suffering of native animals.

The city of Jaipur is well served by air and train. Indian trains are great and first class is easily affordable, if you can manage the mysteries of buying a ticket. Hotels and travel agents do this better.  And by the way, if you go next  January, take your thermals. It’s winter in the desert.