Ok, I said, “but not this week, I am trying to finish a piece on tattoos. Did you know that most tattoos are on women, and most are hidden?”

Back came the reply.  “Well you can interview me. I have two and no one can see them!”

I was to find out in coming days that many women I know, from 25 to 67, admit to having  as many as seven, mostly hidden.

There was one, which was fashionable some years ago but now old hat – the Tramp Stamp.   It goes across the lower back between your Tshirt and jeans.  The point being that when you bend over, it becomes exposed.  Its origins were in prostitution. (I didn’t ask)

The  questions about tattooing started with buying this book.  Though not recent, it looked beautiful, with images of calligraphy (both old and newly created) used in New York.  The book was on sale, and I paid $20

There was a resurgence of interest round the world in tattoos in the l960s, due to the wave of subcultures,  the social and sexual revolution, and outburst of anarchy as radical acts of self expression: Hippies, Beatniks, Mod Rockers.   Many then were a simple peace signs, flower power stuff.  One old hippy laughs heartily as she shows me her tat, which was misspelt.  It reads “Sweet Pee”.

The most common then and now are names of boyfriends, love hearts, trees, birds, flowers, dolphins – and on men, names of girlfriends and various weird, wild and frightening beasts.

Strangely,  the most popular  tattoo in 2016 was of a Dreamcatcher (though how do they really know?) and tattoos seem across the board to be getting smaller, finer, elegant.  Fewer of the  huge black swirling pattrns  or tats of many bold  colours, it seems, though with hundreds of tattoo shops in every big city and town, anything goes.

One from this book is poignant, done in beautiful lettering just below the collar line at the back of the neck, the words “Silence at the end of the phone”.

Remember tattoos have been around for at least l0,000 years.  The “Iceman” who was found intact in Italian Alps was murdered there about  5000 years ago, and he had 57 tattoos.   Egyptians, the Maori of course, Polynesians, Melanesians, Japanese, Vikings, Chinese; all have long histories of using the body as a place to show status, or membership, or courage, or love, hate, pain.  In ancient Rome, criminals were tattooed to show they could never be trusted, and slaves were inked with their owners’ name.  Hitler tattooed Jewish people with numbers. And, of course, gangsters, gang members, prisoners, soldiers, sailors, and some who had it done so they could get jobs as a circus attraction.

And always, women as well as men.

The story of the Polynesians arriving Europe is interesting.  Captain Cook bought two tattooed men back to London, and when people saw these exotic people, their body markings started a fashion.   In l862, King Edward VII got a tattoo, and quickly many English aristocrats also thought it was desirable and chic.  Royalty in Denmark have a long history of tattoos.  Well, the Kings and Princes do. Prince Frederick has at least one, visible on his calf

It’s much the same today.   There are politicians, CEOs, professional people, and business women who have tattoos.  They are no longer, in themselves, an impediment to getting a job..  I  know the head of a Policy institute who has a crown of England on his chest, because of his Royalist beliefs.  He had it done during the Referendum debates.

Tattoos arouse derision, disgust, horror, envy, copycatting, admiration.  Many have secret codes or messages only certain others can read. Convicts in Australia had a code – 5 or more dots – which no one has been able to dicepher. 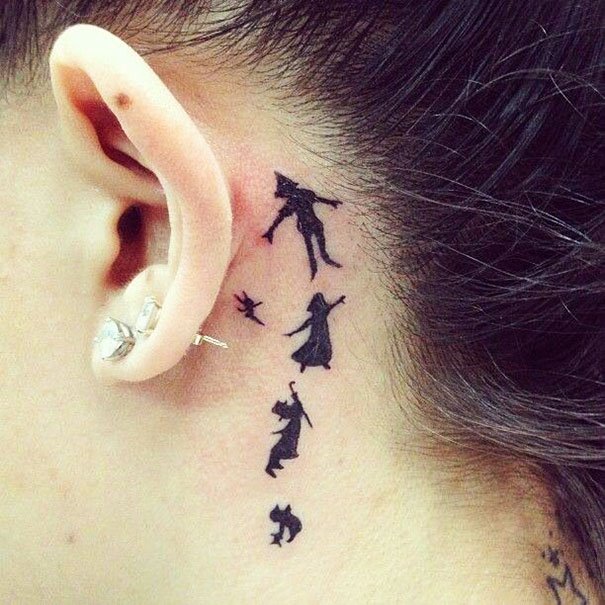 Some tattoos are clearly sending a message of deep anger at the world, disappointment in life, cynicism, hopelessness, alienation or imagined power.  Others celebrate nature, ideas, a child, a parent, homage to an admired star (Cat Stevens used to be popular).  They can be profound or silly.  There are Bible quotes, poetry, travel stories (a girl living near me had a  beautiful pattern done on her arm when in Morocco).

There are sites where you can see the tattoos indigenous Australians get, with the gentle suggestion that others show respect and please don’t copy them.

Sometimes you may also see a simple semicolon on a person.   This is part of a relatively recent mental health movement called the Semicolon Project.  It use comes from the fact that a semi colon is what a writer will use to pause, but then to go on in a sentence.  As a tattoo it’s a sign that the person has considered suicide, even attempted it, but decided to live.

Intriguingly, a counsellor told me a few people he sees have said that the pain of getting a tattoo is similar to the cutting that sometimes happens when a person is troubled, and wants to feel something, even pain.  Tattooing does hurt.

It’s a Big World of Many Tats.

There are books – learned and tacky – documentaries, TV series, magazines (Inked Magazine is one), thousands of websites, and reality shows. Australia has untold number of tattoo parlours, some better than others.  And there are Conventions all round the world.  In Australia one Convention claimed to have had 45,000 visitors in 2016.   It’s hard to verify the figures that are used, but some are that l in 5 people have at least one, others say more.  That means, in theory, in the supermarket at any time, every 5th person will have a tattoo.  In 2012, its estimated there was $93 million spent on tattoos, and the industry employed 2000 people. One of the most tattood people in the world was Isobel Varley, who died of Alzheimers in 2015.  She had 97 percent of her body covered, and piercings, and wore a blonde wig sometimes.  Her husband didn’t mind.

Random fact: Some tattoos glow in the dark, using phosphorescence.

Behind the scenes of research

You, dear reader, will have to know how I have suffered to get information for this piece.  After all those websites, articles, and interviews,  I have watched 4 episodes of a truly dreadful show called “Ink Masters”.  It’s modelled on “The Biggest Looser” or one of those reality shows where people allow themselves to be humiliated in order to win as prize of some kind.  The contestants’ first challenge is to practice on plastic skin. Gradually some who don’t measure up are eliminated, till the Finale when four remain to try their hand on people who have offered up their “virgin skin” to be tattooed. The results are mixed. Not everyone is happy.  The people are weird, the designs can be amateurish, ugly, chaotic, embarrassing, or naïve. Many people in this show seem to like snakes, skulls, knives, roaring tigers, and one girl wanted her first tattoo to be a phoenix arising out of flames from her private parts.

Tattooing is not cheap.   In Las Vegas a butterfly will cost $600. US.  In that glitzy city tattoo parlours look like hotels, and are open 24 hours a day.  One Goth wedding palace place also specialises in tattoos on the side, and a loving couple decided on each having one of two skulls kissing – just before they tied the knot. Go figure, as they say.

Angelina Jolie had to get her tattoo for Billy Bob Thornton removed when they split up, Johnny Depp apparently got rid of Winona Ryder and also an American Indian.  Posh used to have one running down her backbone.   I cannot vouch for the truth of these, as the internet is full of half baked, tabloid stories, including that Dolly Parton is covered in them. She denies this.  One site says for every tattoo you can see, there are 50 hidden.  How do they know that?

Deliberate decorative scarring (as opposed to inking) is a new thing, though widespread among tribal societies of course.  I’ve also read you can sell your skin to an advertiser, but I doubt that’s true

There are dangerous, horrible stories in all this, such as men getting a girl tattooed while she is drunk or drugged, sometimes a rude thing, or something denoting ownership.

But, truly, there are beautiful ones too – a snippet of poetry,  a distant forest,  a single phrase or word which gives you a bit of a wallop as some art can.

Around here where I live, a neighbour who is a classical musician a has a forest of trees on both forearms. A lady in the local TAB has a Mickey Mouse just above her elbow.   There’s another who when she was young had “Eternally Yours” tattooed on her inside upper arm.  Well…now she is 68 and her upper arms are a bit flappy.

NB:  Don’t get me started on piercings, that is for another issue…Just a teaser, do you know what a Prince Albert is? Answer in another issue.