I belong to a declining population which knows what it is like for a child to live in a society scared of a dreadful contagious disease: poliomyelitis. I knew children who had polio. I saw pictures of children in iron lungs, unable to breathe because their respiratory muscles were paralysed. There were homes for crippled children, and iron callipers to help little atrophied limbs walk, and twisted and deformed children as a result of an asymmetric pattern of paralysis. I have colleagues who have lived a crippled life because of childhood polio.

Both my husband and I, living in widely separated parts of South Australia, had our childhood activities restricted, because our parents wanted to protect us, and they had every  right to be scared. At that time, 10,000 people,mainly children and teenagers, were contracting polio every year.

I also recall the great social happiness that greeted Dr Salk and his polio vaccine. We were lined up, injected, and the scourge went away. Later, the Salk vaccine was replaced by an oral vaccine. Nowadays it is back to an inactivated injectable vaccine. Overnight, we forgot about polio and, today, polio is nearly completely eradicated, thanks to vaccination.

Anti-vaxxers, therefore, make me very angry. Let’s look at one of their websites, the AVN website. This website claims;

“The Australian Vaccination –skeptics Network Inc (AVN) exists to further prochoice position with regard to vaccination and other health decisions. The AVN is NOT anti-vaccination, nor are we pro-vaccination, we are PROCHOICE.”

This is untrue. The AVN may make this claim, but wander around its website for a while, and you will end up wondering what has happened to the world of reason. An article claiming that ‘yes’, diphtheria vaccination did reduce the incidence of diphtheria when it was first introduced, then goes on to say that maybe it didn’t and maybe it was declining anyway. The website also reports that a baby’s death, one day after vaccination, was attributed to the vaccination causing a sudden loss of Vitamin C (??), yet investigations have shown that there is no evidence that vaccination causes sudden infant death syndrome (SIDS), and it is not recognised by SIDS experts as a risk factor.

The AVN website is confusing and misleading, and it has the potential to damage our health and welfare. It is important that the great majority of the population be vaccinated. We can’t simply have a laissez-faire policy, along the lines of ‘if you think that vaccination is good for you and your family, go ahead and have it, but don’t force it on me because I don’t want my family vaccinated.’

Hence the government’s move to prevent non-vaccinated children from attending preschool. Yet, the AVN’s response to the PMs’ push to a nationwide ban of non vaccinated children entering pre-schools, is to advise “EVERYONE to get appointments with their State MPs” because “These politicians only get to hear the propaganda that the AMA and the media want us all to swallow, and you all know the science and the real issues with these ludicrous and discriminatory laws, our politicians need to hear the truth!” 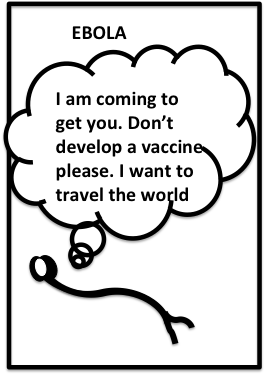 The AMA is an organisation that offers expert medical opinion. It knows the value of vaccination for individuals, families and for society as a
whole. To claim, as the AVN does, that the AMA wants us to ‘swallow propaganda’ about vaccination is misleading and deceitful. It is no wonder that naïve politicians like Pauline Hanson are misled by what is presented on the internet as fact.

Just like we have to have laws to protect us from drink driving, or speeding, vaccination requires individuals to cooperate in order to offer
maximum protection for the community. Thus, vaccination should not be a matter of choice. The reason for this is simple. Widespread vaccination gives us ‘herd immunity’.

This is particularly important because there are those in our community who CANNOT be vaccinated. These may include individuals who are immunocompromised, perhaps because they are having cancer treatment, or are taking large doses of drugs that suppress immunity. There
is a list of conditions that might influence the decision to vaccinate, and which vaccines should be used. Medical supervision is essential for a safe vaccination program.

For more on herd immunity, go to this website; www.vaccinestoday.eu/vaccines/what-is-herd-immunity/ (If you click on ‘videos and resources’ (on the left) and go to page 2, you will find a video which shows how herd immunity works).

The anti-vaxxers had their campaign set alight in 1998 by an article (published in Lancet, 351,637–641, 1998) that was later proven to be scientifically fraudulent.

The article claimed that MMR (measles, mumps and rubella) vaccine caused gastrointestinal disease and autism. It was debunked and
withdrawn, but not redacted until 2010; perhaps that is why the tale of the false association between MMR and autism is still echoing around the world. The article promoted the financial well-being of one of its authors, Dr A. Wakefield, later deregistered by the medical council, for behaviour classified as ‘dishonest, unethical and callous’. The British Medical Journal accused Wakefield of deliberate fraud (BMJ 2011; 342: c5347).

An unfortunate consequence of The Lancet article was an increase in measles cases, as vaccination rates for measles fell to 80% in the UK, following its publication.

Even today, we have the President of the United States linking vaccination to autism, and looking into setting up a presidential panel to review the science and safety of vaccination. One has to be concerned that the true value of vaccination to human health is being undermined for political purposes.

Measles is a nasty infection, and it can have very serious consequences, like pneumonia, encephalitis (1:1000) and subacute sclerosing panencephalitis. Measles vaccination makes these complications extremely rare, and so provides protection. Between 2000-2015, measles vaccine prevented an estimated 20.3 million deaths. It is one of the best buys for public health (WHO health Nov 2016).

Fortunately, there is about a 93% uptake for vaccination of children in Australia. The government wants to increase it to 95%.

There are numerous examples of the incredible number of lives that have been saved by vaccination programs. Take smallpox, for instance;.

Smallpox is a most dreaded and disfiguring disease that plagued Europe. It killed an estimated 400,000 Europeans annually in the 18th
century. Even in the 20th century, about 300,000,000 to 500,000,000 people died from smallpox. Thanks to a global programme of vaccination, smallpox has been now been eradicated. How much suffering has that prevented?

Then, we have the influenza epidemics (or pandemics), meaning that the virus spreads across the world. These have been occurring for the last 500 years. Influenza A viruses infect not only humans, but also birds, pigs and dogs and other mammals, which act as a ‘reservoir’ for the disease. It was the emergence of a novel human influenza type A virus, that is responsible for the ‘flu pandemics that occur about every 40 years. The ‘flu pandemic that emerged at the end of World War I, killed an estimated 50 million people, or more, worldwide. Influenza
viruses have the ability to mutate, so previous bouts of the ‘flu do not necessarily confer resistance to the next epidemic of influenza. Thus the annual ‘flu injection is required for protection.

Finally, there is the problem of emerging new diseases, diseases like Ebola and Hendra, which are highly lethal, or the Zika virus, known about for some time but, because it is a mild infection, is largely ignored. The consequences of infection in pregnancy (recently recognised) are, however, extremely damaging for the unborn child. Infectious agents, whether bacteria or viruses, mutate to survive. Infectious diseases now have the potential to spread rapidly around the world. Whilst careful protection of our borders from these infectious agents is essential, only vaccination offers complete protection for the community.

We continue to need vaccinations throughout life, not just in infancy. As we get older, our immune systems are less able to cope, and new
vaccinations are required to remain healthy, e.g. for pneumonia and shingles, which are offered free to elderly people.